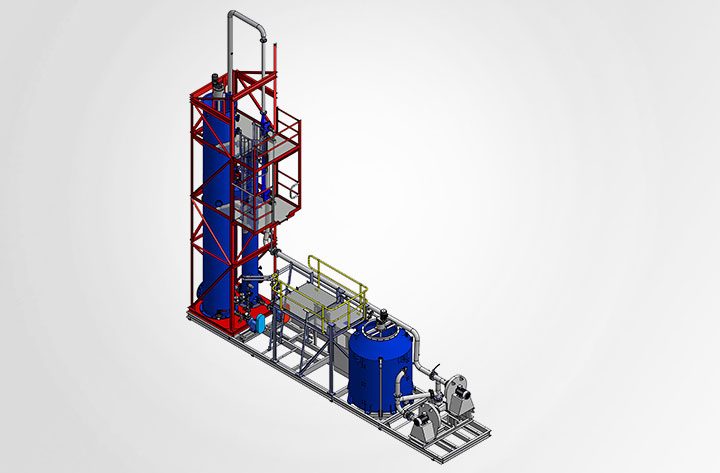 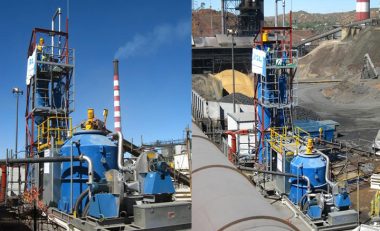 Inlet gas is fed into the scrubber, travelling down the vertical inlet barrel that contains the two Reverse Jet stages arranged in series. As the feed gas stream travels down the inlet barrel it collides with the scrubbing liquid that is injected upward. A standing wave of highly turbulent flow, called the Froth Zone, is created at this point. The two Froth Zones quench the gas to the adiabatic saturation temperature and absorb the SO2 from the gas phase into the liquid phase, where it is reacted with the scrubbing reagent being trialled.

After passing through the two Reverse Jet stages, the gas and liquid mixture exits the inlet barrel into the Pilot Plant disengagement vessel. The collected liquid slurry is stored in the Sump and transferred to the Oxidization Tank, where it is both agitated by a mechanical mixer and oxidised by an aeration sparge for the desired residence time. Bleeding a small portion of scrubbing liquid as effluent controls the concentration of the scrubbing liquid slurry. If required, the effluent can be stored in an Effluent Tank that can be provided.

The scrubbed and de-entrained gas exits the Pilot Plant disengagement vessel upwards through the outlet barrel which incorporates a mist elimination section for final gas/liquid separation. Finally, the gas passes through two centrifugal blowers operating in series to the terminal point or stack for discharge. 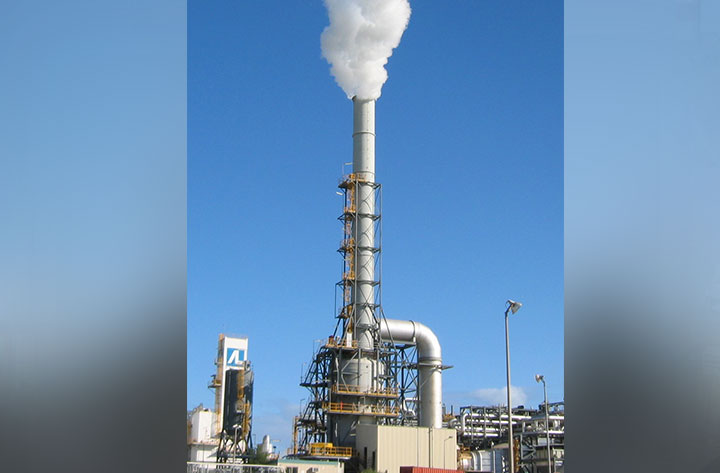 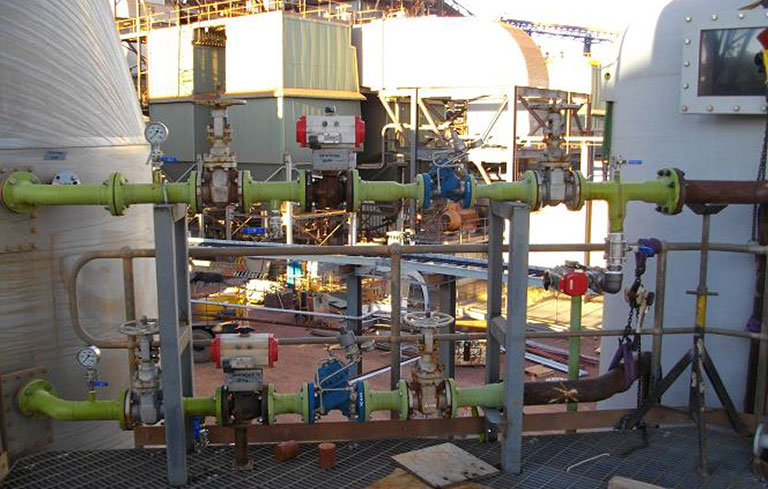